View from the southern end of the Isle of Lunga, Treshnish Isles, Inner Hebrides, Scotland

A sweeping panoramic view at the southern end of the island looking towards a chain of small skerries, that I paddled out to explore. I was camped on the other side of the rocks in the foreground on a grassy ledge overlooking a rocky cove. The cliffs on either side of the last fragment of the island were quite high and very precipitous. This is where I had my next dramatic viewing of basking sharks, because they were swimming very close to the base of the cliff so I was able to look directly down on them, and get a very good impression of their massive size. Once again it was one of those wildlife encounters that is so vividly etched in my memory forever. From my lofty viewpoint I could watch them swimming towards the island and then follow the base of the cliffs as they were feeding. 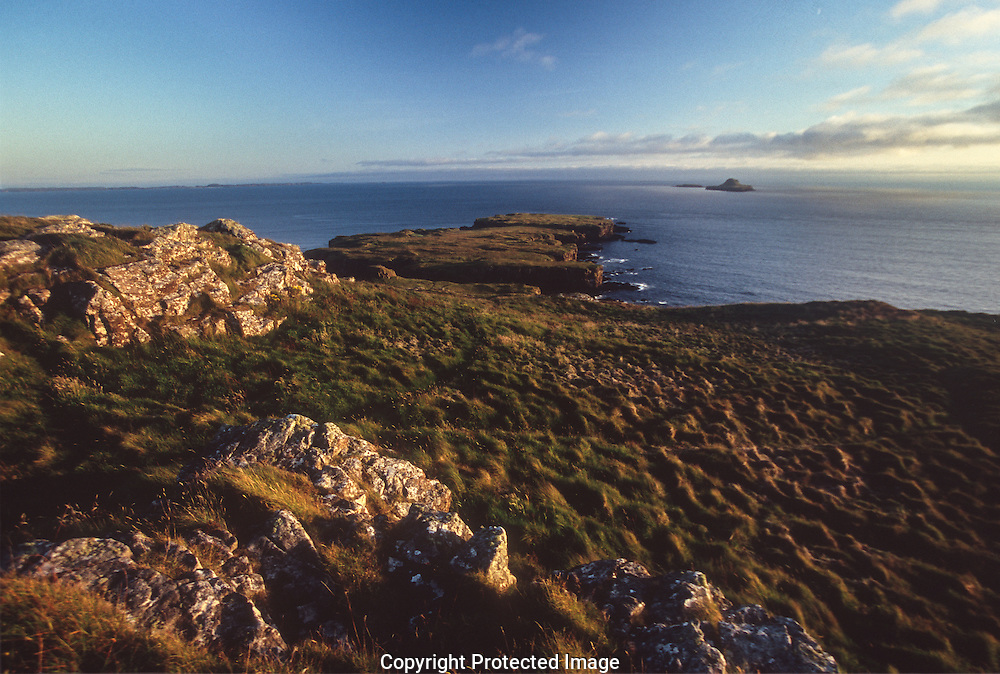