The most common predator of harbor seals is the killer whale. Other predators include sharks, sea lions, and land predators such as wolves, bears and coyotes. Since implementation of the Marine Mammal Protection Act in 1972, hunting has been restricted to Alaska Natives. Harbor seals play a crucial role in the culture and diet of Alaska Natives; the annual subsistence harvest of harbor seals in Alaska is about1,800 to 2,900 animals, with fewer seals harvested in recent years. The harbor seal's ability to damage or remove salmon from gillnets has caused conflicts between seals and commercial fishers in Alaska. This behavior creates economic losses for fishers and often fosters an antagonistic attitude toward seals. The Copper River Delta, the mouths of the Stikine and Taku rivers, and portions of Bristol Bay are areas with notable harbor seal-fishery conflicts. Sometimes seals are caught and killed or injured in fishing gear, primarily in gillnets and occasionally in crab pots. 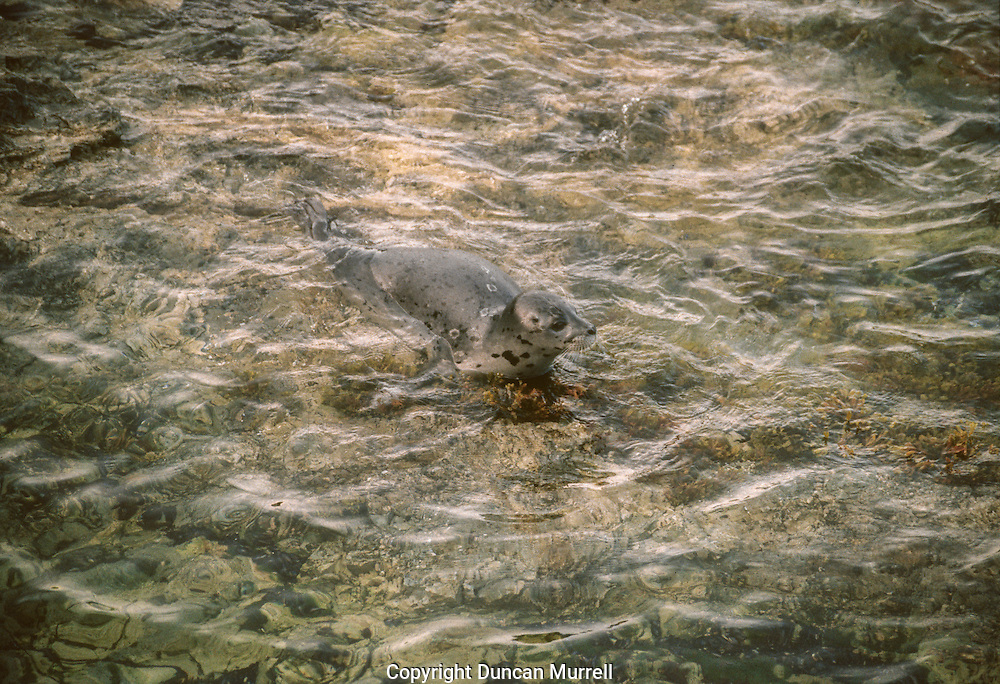