This is a view along a jagged ridge that juts out into Glen Harris from the northern side of Ainshval. After reaching the top of Ainshval I continued along a less daunting ridge towards the southernmost point of the island to Sgurr nan Gillean before following the gradually descending ridge to the west down towards the shoreline of Glen Harris. From there I followed a moorland track that goes up to the lovely forested Kinloch Glen and then back to Kinloch. I had already visited Harris on the shoreline of Glen Harris, partly because I wanted to see where the Bulloughs are interred. Originally John Bullough was interred in a rock-cut mausoleum under an octagonal stone tower, but this was later demolished, and his sarcophagus moved into an elaborate but incongruous mausoleum modelled as a Greek temple overlooking the sea at Harris.
The extravagance of his son, Sir George, and Lady Bullough, could not be sustained indefinitely, and their finances gradually declined in the 1920s, and their interest in, and visits to Rum decreased, but when he died in France in 1939 he too was interred in the family mausoleum on Rum. His widow continued to visit Rum as late as 1954, and died in London in 1967, aged 98, and was buried next to her husband. Right up until her last visits to the island she would drive along the bumpy track to get down to the isolated mausoleum to visit her deceased husband and father-in-law. I couldn’t imagine a more bleak and isolated place to be interred, which is so exposed to the wildest elements of the Scottish coastline. It’s a hauntingly beautiful but lonely location for the mortal remains of three people interred beneath their marble effigies to command such a dramatic view out across the wild Scottish sea. 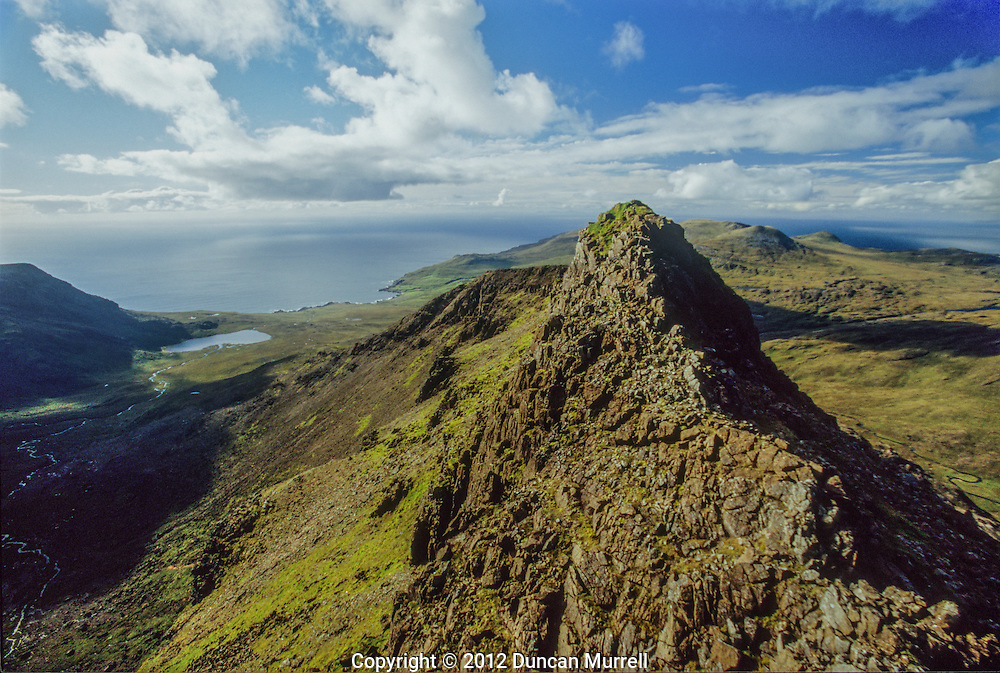