The most controversial logging in the Tongass has involved the roadless areas. Southeast Alaska is an extensive landscape, with communities scattered across the archipelago on different islands, isolated from each other and the mainland road system. The road system that exists in the region is in place because of the resource extraction history in the region, primarily established by the Forest Service to enable timber harvest. Once in place, these roads serve to connect local communities and visitors to recreation, hunting, fishing, and subsistence opportunities long into the future. However, installing roads in the vast wilderness areas of the Tongass is also a point of controversy for many in the American public, as reflected in the roadless area conservation movement, which has opposed further road construction on the grounds that it would promote habitat fragmentation, diminish wildlife populations and damage salmon spawning streams; they argue that existing roads are sufficient.
Native Corporation Lands were designated by the Alaska Native Claims Settlement Act of 1971 (ANCSA). This Act conveyed approximately 44,000,000 acres (180,000 km2) of Federal land in Alaska to private native corporations which were created under the ANCSA. 632,000 acres (2,560 km2) of those lands were hand-picked old growth areas of the Tongass and are still surrounded by public National Forest land. These lands are now private and under the management of Sealaska, one of the native regional corporations created under the ANCSA.
Transference of public National Forest land to a privately owned corporation removes it from protection by Federal law and allows the owners to use the land in whatever way they see fit without regard to the effects of the use on surrounding lands and ecosystems. This fact has caused much controversy involving the business interests of Native Regional Corporations and the personal interests of local Native and non-Native residents of Southeastern Alaska. 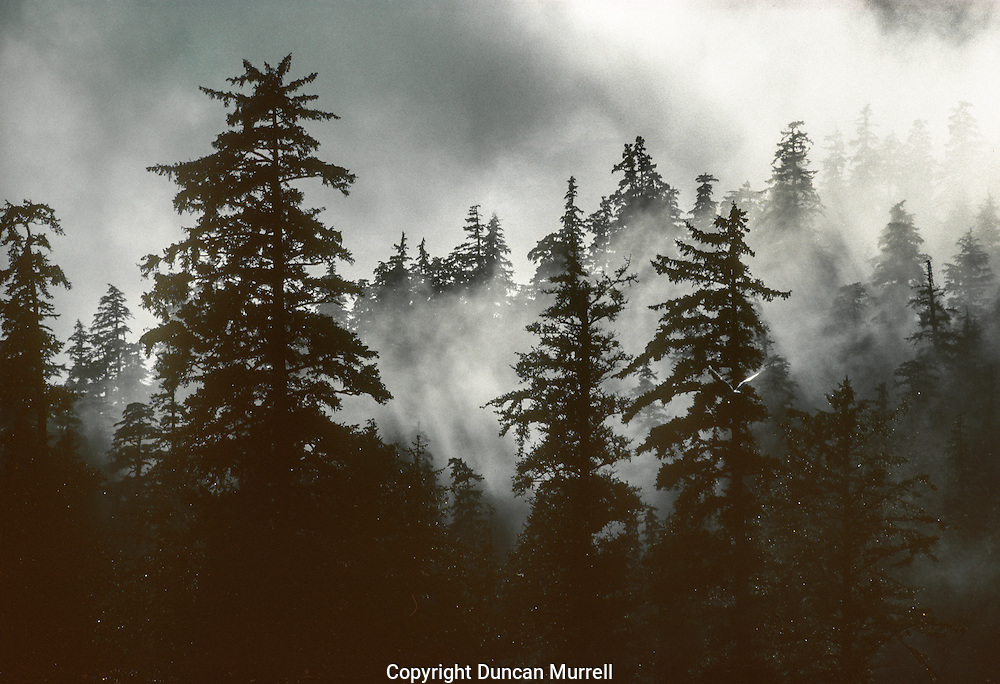