Two subspecies of wolves are currently recognized in Alaska; wolves in Southeast Alaska tend to be darker and somewhat smaller than those in northern parts of the state. Wolves are social animals and usually live in packs that include parents and pups of the year. The average pack size is six or seven animals, and pack members often include some yearlings and other adults. Packs of 20 to 30 wolves sometimes occur, and these larger packs may have two or three litters of pups from more than one female.
The social order in the pack is characterized by a separate dominance hierarchy among females and males. In most areas wolf packs tend to remain within a territory used almost exclusively by pack members, with only occasional overlap in the ranges of neighboring packs.
This was my first close encounter with a pack of wolves in Southeast Alaska. They are generally hard to see because most of their range is densely forested but the landscape is much more open in Glacier Bay. I was paddling around this island in the middle of winter when I heard some wolves howling. Around the next bend I encountered a pair of cow moose out in the water protecting themselves from a frustrated pack of wolves howling on the shore. I just sat motionless in my kayak and eventually one of the wolves trotted down the frozen beach and stood right in front of me for a few seconds before returning to the rest of the pack. It was a thrilling experience to look a wolf in the eyes at such close quarters. 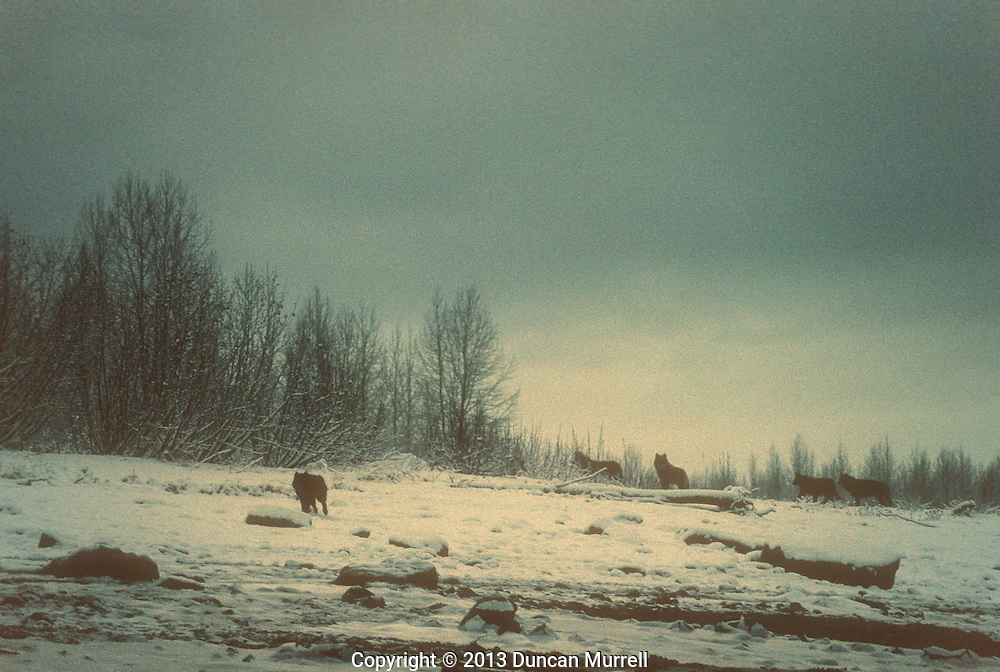