The view from Isla Monserrat to Isla Catalina at sunset, with organ pipe cactus (Stenocereus thurberi), the Bahia de Loreto National Park, the Sea of Cortez and Baja Peninsula, Mexico.

On my return journey from Isla Catalina to Isla Monserrat I had a very unexpected encounter. I was making great headway with a good following wind when suddenly a very tall tail fin appeared alongside me; my first thought was that it was the dorsal fin of a swordfish. I looked down into the water beneath me and its identity was immediately confirmed when I saw what looked like a giant checkerboard beneath me. Only one large sea creature has markings like that: it was a whale shark that had apparently come to the surface to investigate me. It wasn’t the right season for whale sharks so it was completely unexpected. As it was my first ever encounter with the largest fish in the ocean I implored it to swim with me for a while but it promptly dived out of view. 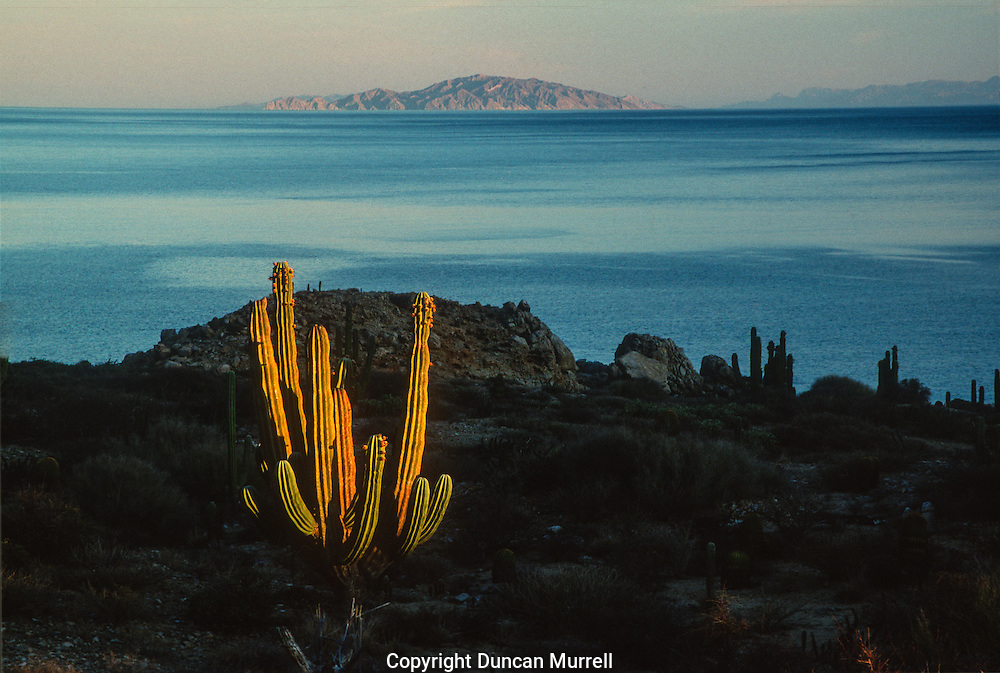