Mule deer faun (Odocoileus hemionus) wounded after being attacked by a coyote, the Baja Peninsula and the Sea of Cortez, Mexico.

When I was in La Paz with the American kayaker, Corrie, we met an American guide who worked for the main commercial kayaking tour company in La Paz and he invited us to stay at their place while we there. I later arranged to meet up with him and one of his tour groups when I headed north back to Loreto. Shortly after meeting up with them at their camp I heard an animal crying out in the desert not far away from us so I ran in the direction of the cries and surprised a coyote attacking this mule deer fawn; It had its jaws clamped onto the fawn's back as you can see from the wound on its back. The startled coyote ran away leaving the wounded fawn behind. The Mexican support boat operator in the photo, who was accompanying the kayaking group, kindly offered to take the fawn back to La Paz to see if it could be saved. 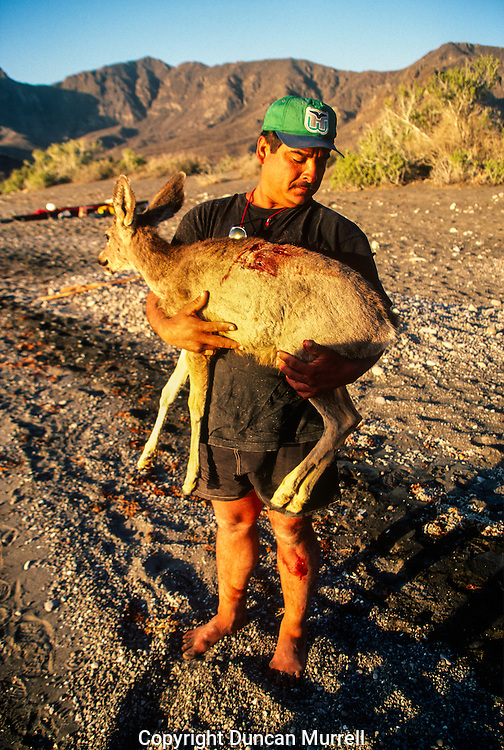