An inquisitive crowd of local Malagasy people and children gathered on the beach at Foulpointe to watch me launch my kayak at Foulpointe on the east coast of Madagascar.

I was driven to Foulpointe and had to reassemble my kayak on the beach in torrential rain. I attracted a large crowd of onlookers including lots of excited children just as I did when I first assembled and launched my kayak at Tamatave. The local people were fascinated that I had a folding kayak inside two bags. Unfortunately I wasn’t able to impress them with any degree of composure and speed with which I assembled the kayak, because the wooden frame became covered with sand in the pouring rain, making the assembly much more difficult. One sweet little girl held an umbrella over my head as I struggled to re-assemble it, with blood running from cuts on my agitated hands; it was one of those situations when I could have done without an audience!
Eventually I was able to launch my kayak with much clapping and cheering from my faithful audience. I paddled around the point and discovered that beyond the protection of the coral reef in front of town there were still ranks of intimidating breakers extending as far as the eye could see. I didn’t want a repetition of the first day so I decided to exercise caution and find another car to take me to Soaniarana-Ivongo. From there I would catch the ferry to Isle Sainte Marie, a popular tourist destination from where the migrating humpback whales can often be seen. I wasn’t too discouraged by the sea conditions beyond there because I knew that north of Isle Ste. Marie there are long stretches of coastline sheltered by coral reefs – according to my maps anyway. 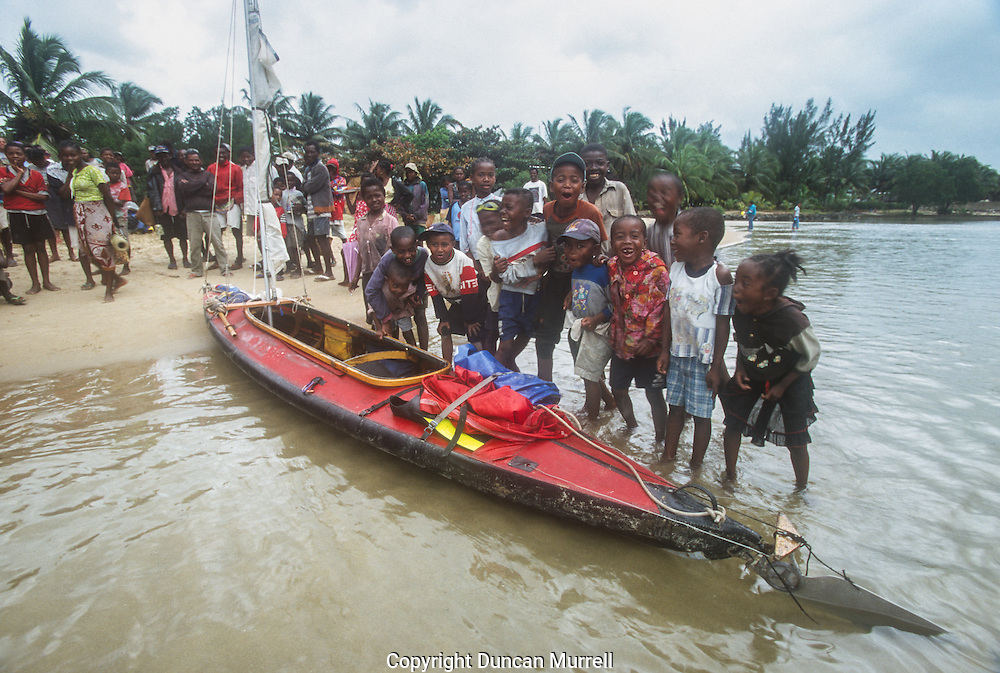