Admiralty Island, Southeast Alaska, USA.
I had my first close encounter with brown bears here. They were feeding on blueberries on the lower slopes of the mountains, and I crept as closely as I could until I started attracting too many biting insects, and had to fend them off without attracting the attention of the bears.At the Northern end of Seymour Canal that almost dissects Admiralty Island is the Pack Creek Brown Bear Viewing Area that offers visitors the opportunity to observe brown bears in their natural habitat as they fish for salmon and interact with one another during the summer months. It used to be the home of Stan Price who co-existed peacefully with the bears for many years. I used to visit Stan whenever I was up that far, and listened to his fascinating stories about the bears, that wandered around his cabins, and even on the roofs. It was in Windfall Harbour adjacent to Pack Creek where I was charged by a bear, and stopped it dead in its tracks by shouting at it with a thunderous voice to "GO BACK!" 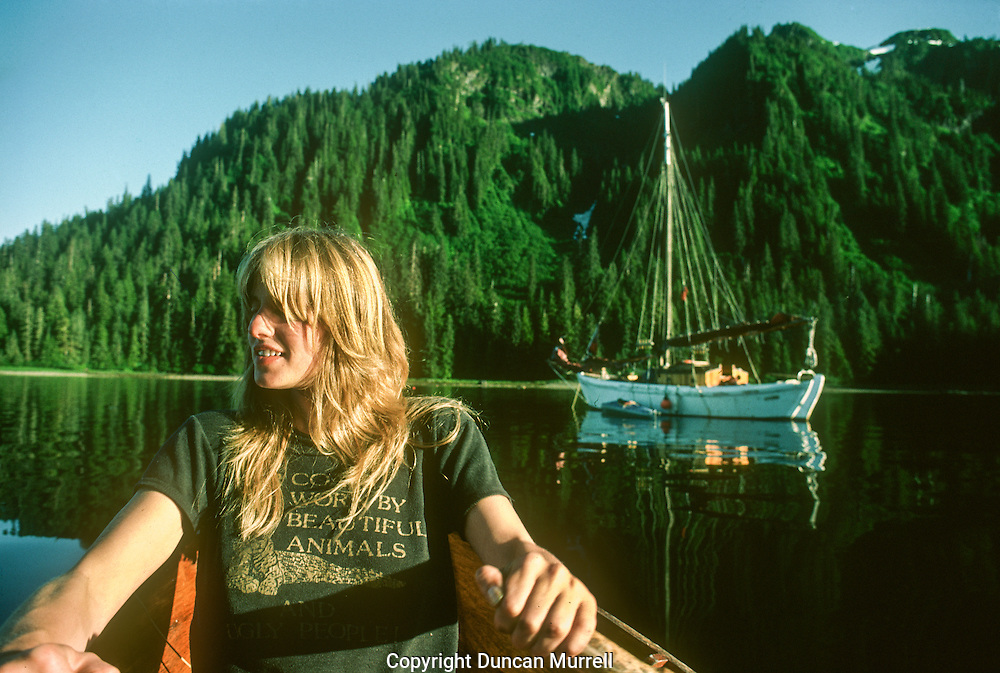