Scottish highland cattle. I come from an agricultural county in the UK, Devon, that even has its own particular breed of cows, South Devons, with a reddish brown colour that almost matches the colour of the soil, not dissimilar to the colour of this distinctive Scottish breed, but that is where the similarity ends because they have been bred for climates at opposite ends of the UK weather spectrum. Whereas Devon enjoys the balmiest weather in the country, the Scottish Highlands and Western Isles, where highland cattle were developed, have the shortest summers and most extreme weather conditions in the UK. Highland cattle are known as a hardy breed due to the rugged nature of their native Scottish Highlands, with high rainfall and very strong winds. Breeding stock has been exported to the rest of the world, especially Australia and North America, since the early 20th Century. They have been successfully established in many temperate, and even in countries where winters are substantially colder than Scotland’s such as in central Europe and Canada. Their long hair gives protection during the cold winters, and their ability to find and graze on plants in steep mountain areas, or on plants, which many other cattle avoid helps them to survive. They have become established as one of the most distinctive trademarks of the wildest parts of Scotland, and one of Scotland’s most successful exports. 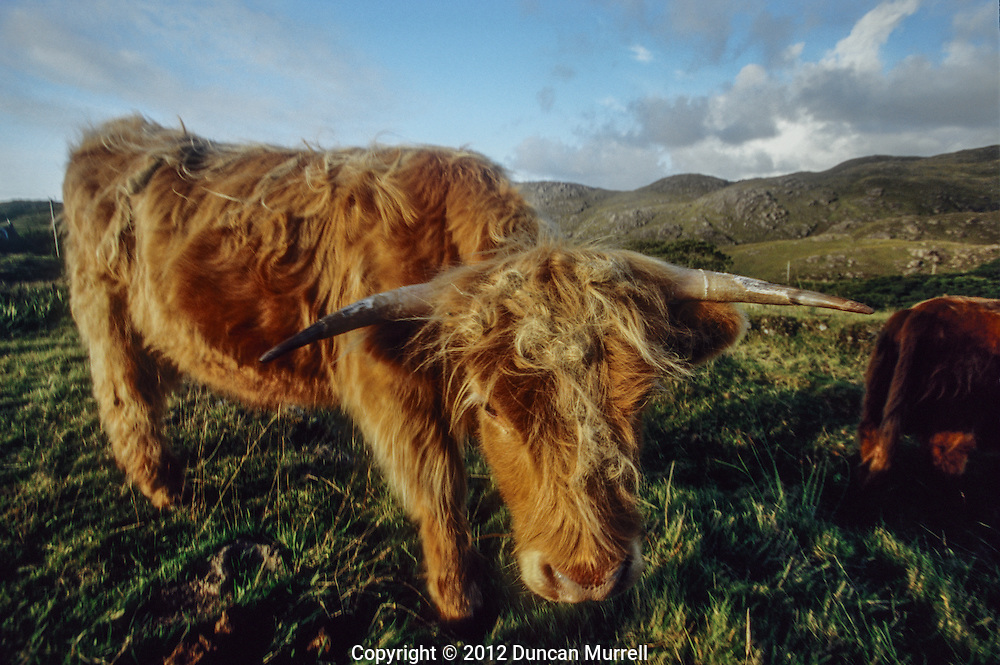