A floating camp with my Early Winters "Omnipotent" tent on an old log raft and my Klepper Aerius 1 kayak on the shore of the Glass Peninsula, Seymour Canal, Admiralty Island, Southeast Alaska, USA.

Seymour Canal, which almost bisects Admiralty Island was one of my regular boating and kayaking haunts in my early years in Southeast Alaska. I always used to anchor Avalon in a beautiful little anchorage called Pleasant Bay, on the east side of Seymour Canal, but this camp was on the opposite side on the Glass Peninsula. This is where I was camped when I had one of my most amazing experiences when I witnessed a pod of orcas killing a big bull Steller's sea lion and attacking humpback whales in the middle of Seymour Canal. 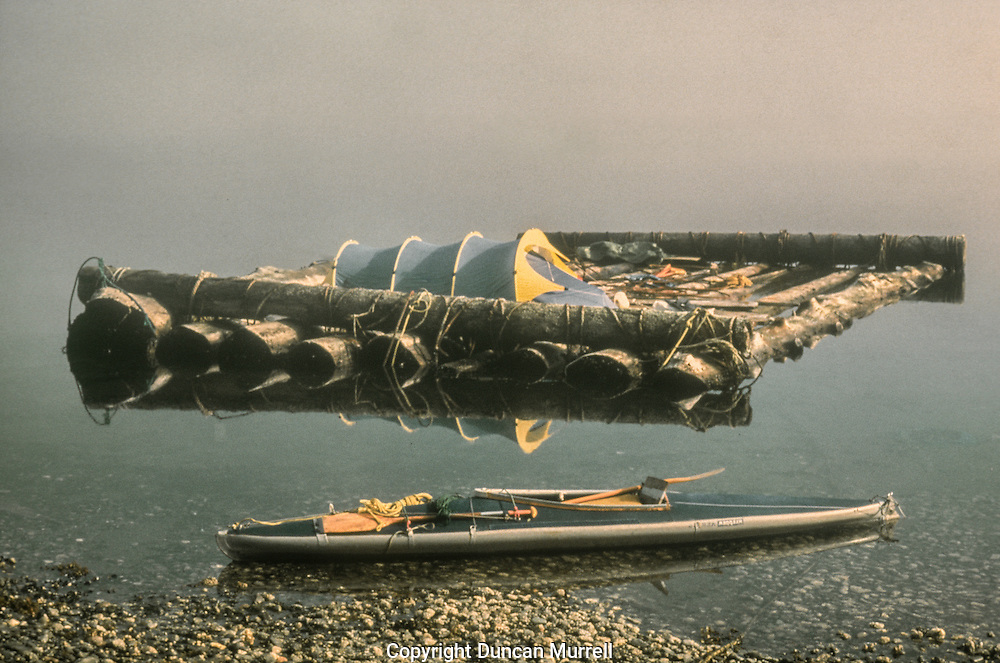