Camping with my kayak and grazing cows in Ardmore Bay, Isle of Mull, Inner Hebrides, Scotland

I started my kayaking trip from the Isle of Mull, the second largest island of the Inner Hebrides (after Skye). I camped alongside the grazing cows near Ardmore Point at the northern tip of the island, and spent a week exploring the area in my kayak before making the crossing to the Isle of Coll to the west. I was more accustomed to taking precautions against potentially dangerous brown bears in Alaska than ensuring that grazing cows didn’t trample on my tent, so I knew that it was going to be a very different kind of trip. There was a small, well-protected beach sandy beach there along the rocky shoreline of Ardmore Bay that made the launching of my kayak easier. I was going to experience the same problems as in Southeast Alaska where there are very few sandy beaches along the rocky and pebbly coast. 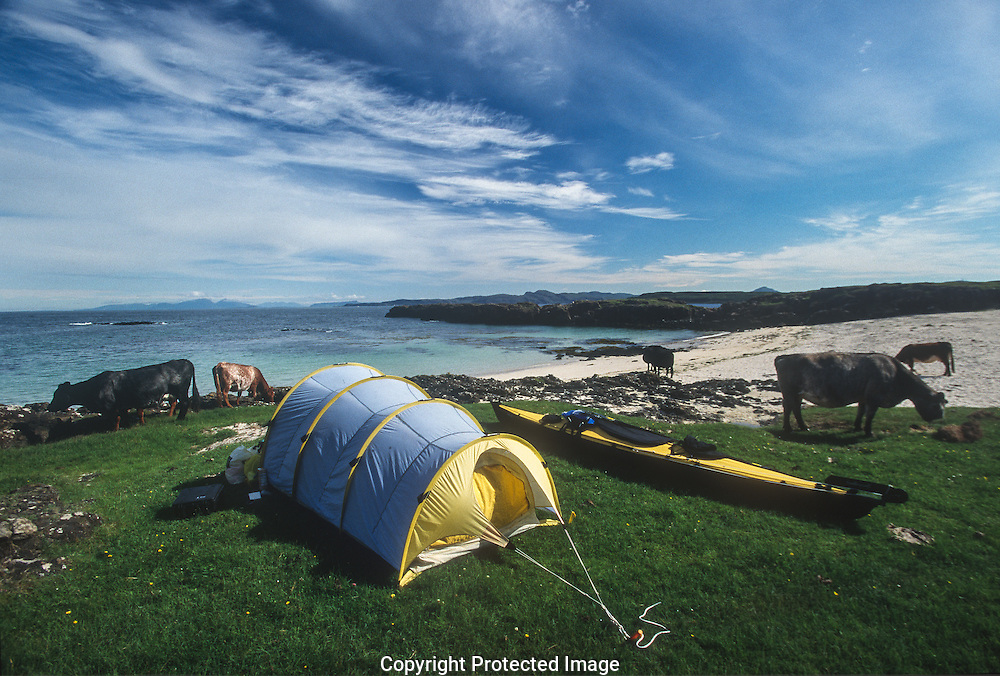