Juvenile California sea lion (Zalophus californianus) swimming towards me at high speed by Los Islotes rock near Isla Partida in the Archipielago de Espiritu Santo National Park, near La Paz, the Baja Peninsula and the Sea of Cortez, Mexico.

They obviously viewed me as a playmate or someone to tease and as soon as they saw me they started their pranks like this one darting towards me at high speed and then veering away as soon as I flinched. Their most annoying and clever prank was to keep picking up the anchor stone that my kayak was secured to on the ledge, swim out to deeper water and drop it so that my kayak would start drifting away and I had to keep swimming after it. I don’t know how they figured out how to do that; maybe it was something that they had already learnt to do from other kayakers, but they certainly appeared to relish my immediate reaction every time they did it. Eventually I had to wedge the rock firmly into a crack in the ledge to stop their merry prank. 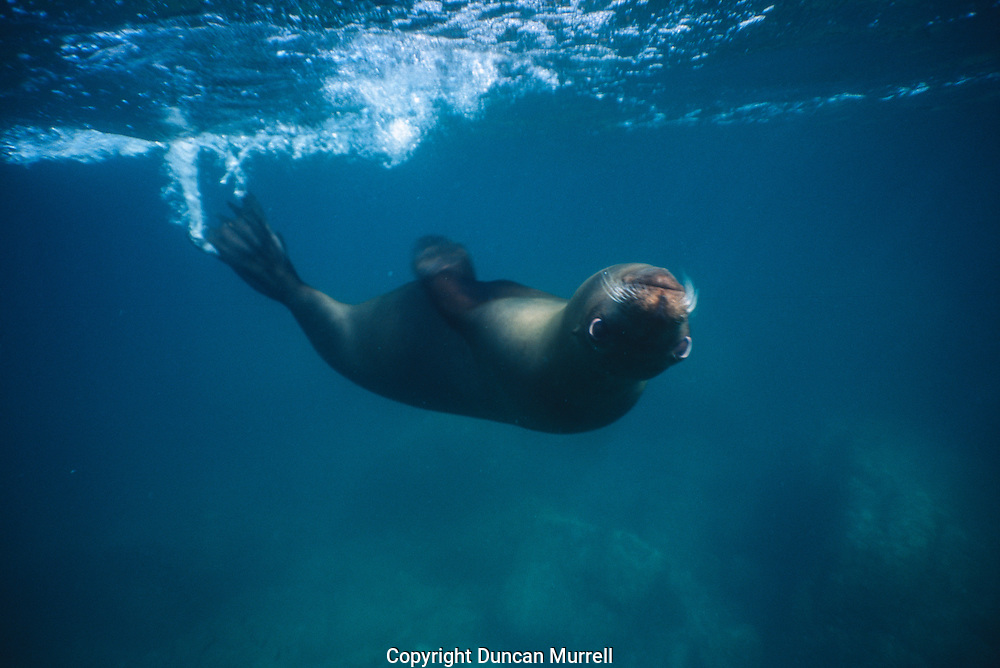