I had my first sighting of a humpback whale as we approached Nosy Boraha in the ferry. Isle Sainte Marie is a popular tourist destination with a few expensive resorts. I reassembled my kayak at the main port, Ambodifotra, and headed south along the sheltered inside coast to visit a whale researcher based at the island’s most well known resort, the Princess Bora lodge. It was wonderful to be paddling in calm sea conditions for the first time on the trip, and being able to land anywhere without having to contend with large breakers. I paddled close to the coral reefs and was dismayed to see how degraded and barren they have become; there were very few fish and most of the coral was bleached and dead. Many of the local people that I passed were coming down to the water’s edge to investigate the mysterious voyager in a bright red kayak; they are only used to seeing the traditional wooden dugout pirogues. I passed these two boys on their small homemade raft, who were very inquisitive about me, but understandably very shy. 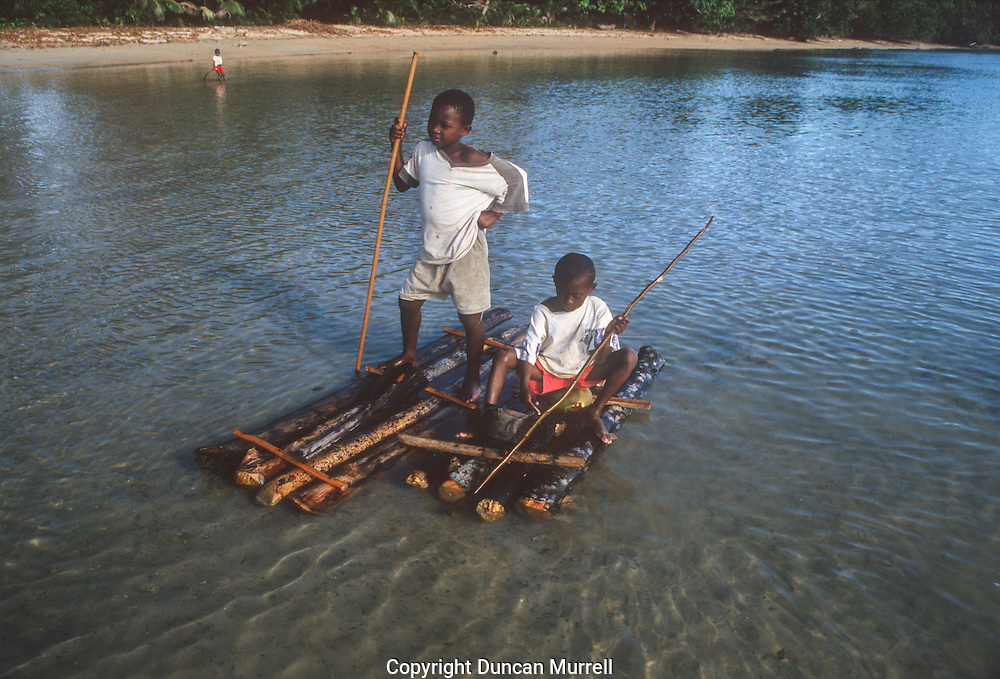