Madagascar is home to about half the world’s chameleons, including both subfamilies, typical chameleons and dwarf chameleons (Brookesiinae). Chameleons are small to mid-size reptiles that are famous for their ability to dramatically change colours. Contrary to popular belief, they do not change colours to match their surroundings. Instead colour is usually used to convey emotions, defend territories, and communicate with mates. They have two layers of specialized cells that lie just beneath the lizard’s transparent outer skin. The cells in the upper layer, called chromatophores, contain yellow and red pigments. Below them is another layer of cells called guanophores, containing the colourless crystalline substance guanin, which reflect the blue part of incidental light. If the upper layer of chromatophores is yellow, the reflected light becomes green (blue plus yellow). A layer of dark melanin containing melanophores is situated under the blue and white light-reflecting guanophores. These melanophores influence the lightness of the reflected light. All these different pigment cells can relocate their pigment, thereby influencing the colour of the light that is reflected.
Other notable features are bulging eyes that move independently, enabling them to be able to look ahead and behind at the same time, feet with paired toes fixed in a grasping position, and the existence of horns or crests on the heads of many species. Additionally, arboreal species have prehensile tails used for grasping objects when climbing, and some species have long extensile tongues for catching insects or small vertebrates at a distance often greater than their length.
They are diurnal, solitary, and often aggressive towards members of their own species (marked by rapid colour change and aggressive posturing). They are opportunistic hunters that wait for their prey, and move in a curiously, tentative swaying manner. Their bodies are very narrow enabling them easier passage through foliage. 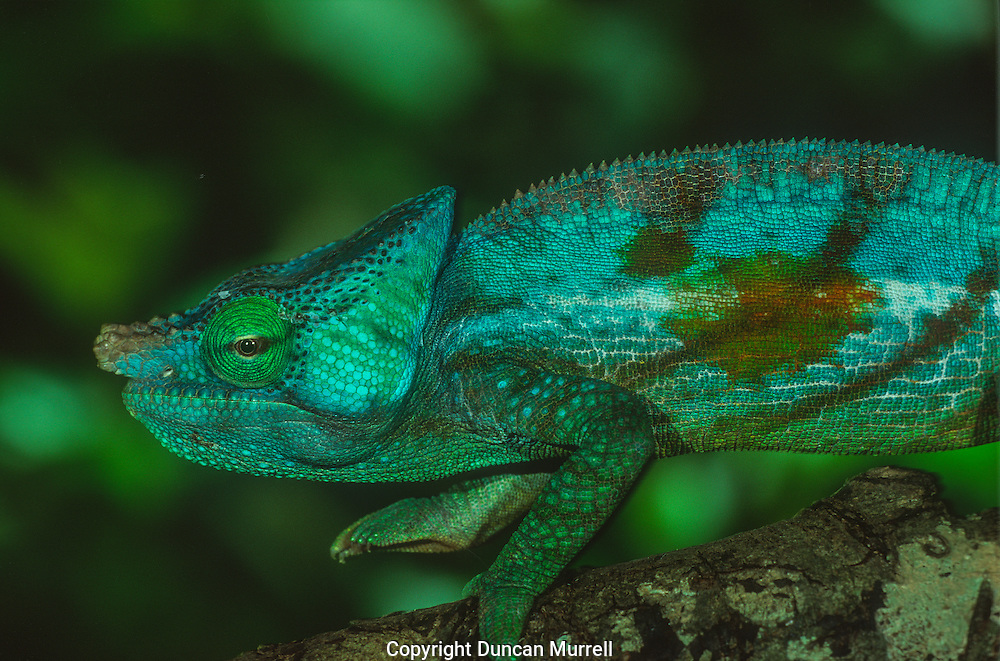