Rocks and beach at the northern point of the Isle of Coll, Inner Hebrides, Scotland

I had plenty of good weather to enjoy this beautiful, isolated location. I didn’t see anybody while I was there and very few boats passed by. Most of the marine vegetation was the same as what I was used to in my home of South Devon, with species such as thrift and white campion. But the summer peaks at an earlier date than South Devon so a lot of the plants had already finished blooming. After about a week I was ready to continue my journey towards my next island destination, Lunga in the Treshnish Isles to the south of the Isle of Mull. I first had to paddle along the east coast of Coll to reach the main settlement on the island, Arinagour, located at the head of Loch Eathara. On the way I stopped for a break and came across a very small dilapidated house on the beach with an old fisherman living in it. He was very welcoming and gave me an insight into an isolated and traditional subsistence lifestyle that seems so far removed from the majority of the UK now. Unfortunately before I could reach Arinagour I encountered my first really bad weather on the trip and I really had to fight to get there safely. It was a good test for the stability of my new kayak, as well as my nerves, because the sea conditions were so horrendously chaotic with waves coming at me from all directions. I can clearly remember being so relieved after entering the stormy loch to see the Caledonian MacBrayne ferry approaching, because up until that point I didn’t see any other boats if a rescue had been necessary. I camped near the shore there and the next day I enjoyed exploring the quaint settlement of houses and shops scattered around the loch before heading off towards Lunga. What a different life they have to most places on the UK mainland. I was used to living in, and visiting isolated island communities in Southeast Alaska, but the communities that I encountered on this trip seemed more removed from the influences of modern amenities – street lights for example. 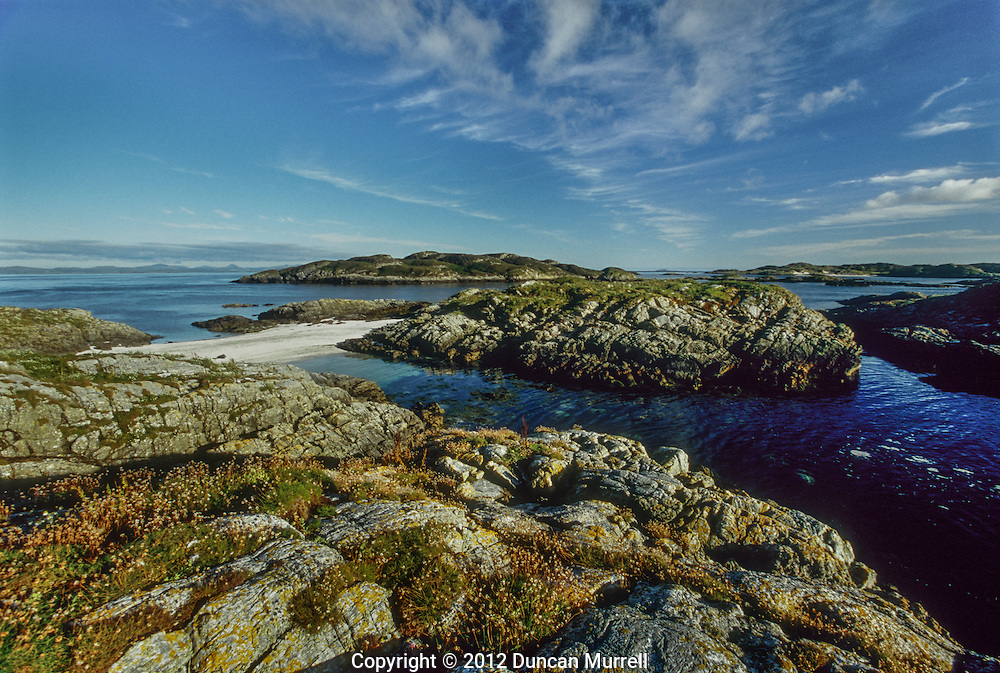