In the early 90s I bought a new kayak; a small double kayak that would enable me to carry more supplies and take anybody out with me if I ever wanted to. The French Nautiraid Raid double kayak is designed to have the versatility of being paddled well as a large capacity single kayak as well as a double. I ordered it from my regular supplier of kayak gear in Sitka, Baidarka Boats, and it was delivered to Tenakee Springs. At that time I was also using an old pilot boat, “Selena”, that I had bought with the help of a natural history filming company that I was going to do some work for, but it never really worked out, and my filming career was very short-lived. Although I had progressed to using a larger kayak it was still a challenge to get everything in, including myself. The two clear containers strapped above the blue dry bag on the bow are my mobile “garden” in which I grew bean sprouts. The wheels strapped to the deck are for a kayak cart that didn’t survive very long. I had always used two polystyrene crab-pot floats strung on rope as rollers to haul my kayak up and down the rocky beaches. I discovered very few sandy unobstructed beaches in Southeast Alaska to make launching and landing any easier. Packing and launching, and then beaching and unloading was always time-consuming especially when I was either impatient to get underway, or tired from a hard day’s paddling and just wanting to make camp, a fire, cook dinner and sleep. 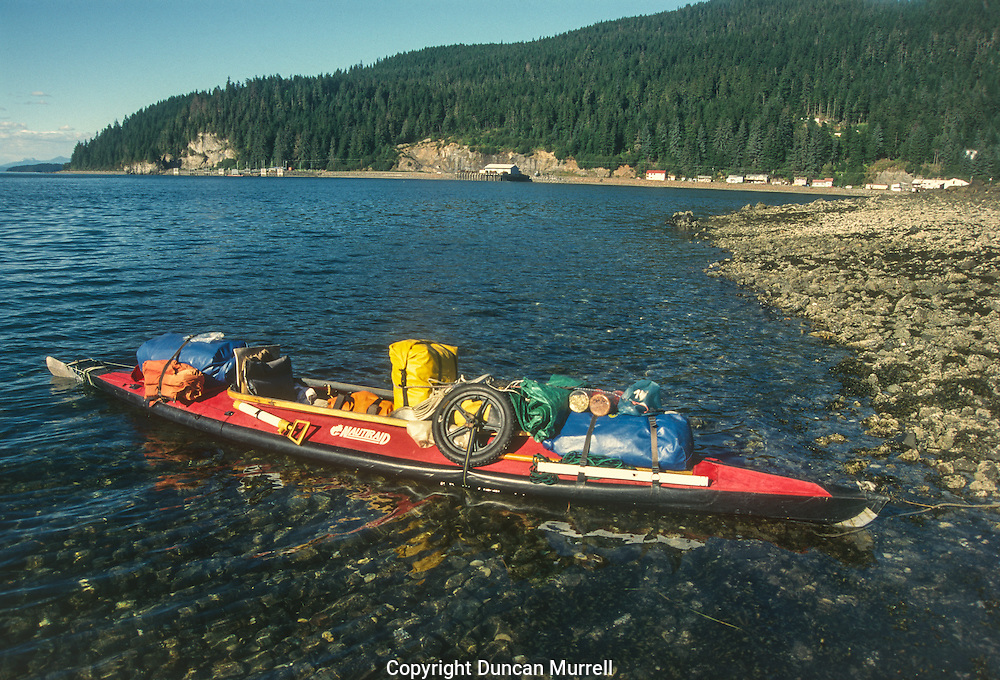