I was awestruck when I was close enough to watch one cruise past me just beneath the surface. My first impression was that I was looking at a very prehistoric creature that could have been swimming alongside aquatic dinosaurs. It was astonishing to watch how the appearance of their head changed so quickly and dramatically as soon as they opened their jaws to commence feeding on the plankton soup; I can best describe it as a large umbrella popping open. I wasn’t in a position to climb out of my kayak to swim with them so I had to attempt to photograph them from the surface. I had brought a Canon G5 compact camera with a wide-angle extension lens, inside an Ikelite housing to take underwater photos. I had to try to position myself directly in front of them but not obstructing their passage, but that was difficult to do because when they are feeding they don’t just swim in a straight line but more in circles. I had to be very patient to get some reasonably good shots, and of course I was only holding the camera and housing over the side so I had to anticipate and estimate when they were in the frame. It took quite a lot of trial and error before I was successful. The visibility was very low because the water was so thick with plankton, which attracted 3 or 3 sharks as far as I can remember. I was so transfixed by these amazing but strange looking creatures that I had to drag myself away from them because I still had a long paddle ahead of me to get to Mull and Lunga, but I was quite sure that it wasn’t my last encounter with basking sharks on the trip, and fortunately I was right about that. It has recently been confirmed by data collected by the Wildlife Trusts that the place where I had my first encounter with basking sharks, Gunna Sound, between Coll and Tiree is a hotspot for them with numbers up to 4 times higher than recorded elsewhere in the UK. 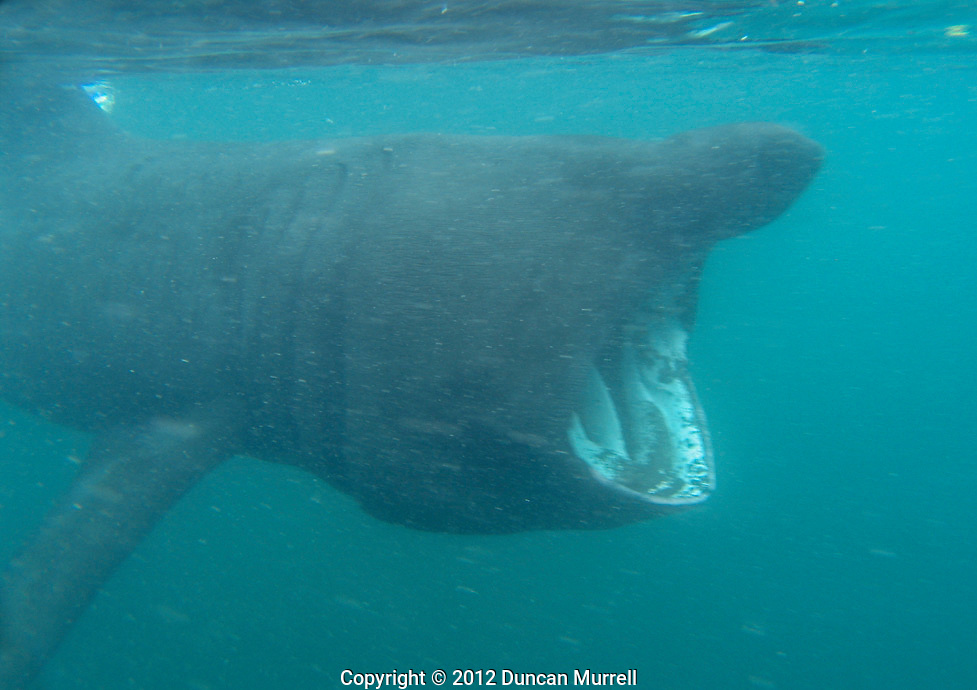